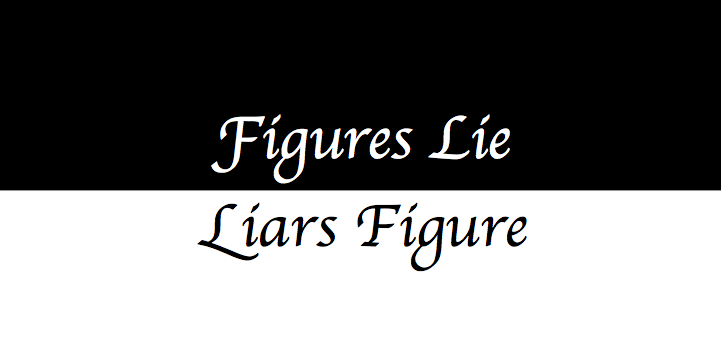 “I only believe in statistics that I doctored myself”
― Winston S. Churchill

Dubious statistics abound, of course. To the point one might think it has its own NAICS code. But today we’re focusing on the second of the three quotes, below. I heard these at an otherwise uninteresting lecture on the use of video production to support sales. Ostensibly, these quotes bolstered their raison d’être. These were,

☞ “Visuals are processed 60,000 times faster in the brain than text”
☞ “40% of people respond better to visual information”
☞ “Video is 50x more likely to appear on page 1 of google rankings”

Now, I’m the guy my friends call when some statement or other doesn’t pass “the smell test.” My friends know that research is in my blood, and I’ll look up the offending quotes in Snopes, Politifact or other source. In this case, understanding the effects of media are more than a casual interest of mine. So I went to work.

I explored “visuals are processed 60,000 times faster in the brain than text” in my last blog. Summarily, that claim returned 96,800 results (1,080 when in quotes) and sprang from a 3M marketing brochure. (So far, no one from 3M has claimed my offer of $100 if they can prove this statistic is valid.) So let’s move on to this beauty:

Google, always on the ready, quickly provided ~38,800,000 wrong answers. However, when put in quotes, we get a highly respectable 4 results. Amongst those results, Forbes implies (but doesn’t state) that this information comes from Google. But an earlier posting by an aggregator led to a marketing website, which, of course, also quoted no source.

But there is a clue at the marketing website. The infographic from whence this pearl seems to have been born (and repeated 38 million times), mentions “Visual Learners” versus “Audio Learners” versus “Tactile Learners.” That, my friends, is all I needed. Because that means the quote is based in training research.

And, as fate would have it, I happen to know that the people with the most interest in efficient training are the people in the military – anyone’s military. Since forever. During my graduate work, I stumbled (as graduate students tend to do) onto U.S. Navy research conducted in the 1970’s, to determine if text, audio or the new medium of portable video would be most effective medium to train 18-year-olds how to load tons of TNT into giant guns, quickly, without blowing up themselves … and/or the ship. As a result of their research, video training widely replaced slide shows, audio tapes and text books. (My apologies for not identifying original sources – Delphi studies, if memory serves.)

As time marched on, U.S. military training moved from video to interactive CD-ROM and videodisc-based multimedia, which in turn became CBT; and today, to great extent, these have been replaced by a combination of techniques, including simulations in domes, CAVEs and other simulators. (For those of you with an interest in media, training and adoption-diffusion, note that Khan Academy arrived merely 40 years later. Surprising slow adoption of successful training techniques.)

But even so, it is doubtful the “40%” quote is based in research. Notice the language: “people” “respond” “better” to “visual information.” These are not the words of empirical research. Research would study, for example, “catharsis versus aggression in 19-24 year old males when presented with female nudity following the viewing of [a specified sexual video].” The 40% quote is akin to saying “folks like pretty stuff” – and while generally accurate, it is hardly quantifiable.

My conclusion: yes, modeling behavior in video is more effective than telling trainees about how to perform a behavior via audio or text. But, as with other statements of this nature, the veracity of this assertion – both the percentage and the vague context – is unsubstantiated. Again, I suspect it is most likely the result of a fanciful marketing interpretation of … something; this time, probably an interpretation of training research. In which case 40% seems quite low.

Finally, I submit for your consideration that a video of a boring lecture or boring lecturer will be less effective than a well-written print piece, email or text. As we will examine, quality counts.